"Did you see Jackie Robinson hit that ball? Did he hit it? Yeah, and that ain't all. He stole home!" - Woodrow Buddy Johnson & Count Basie Band (1949)

pril and normally the season to "PLAY BALL!"--Major League Baseball (MLB). During the initial season schedule, all teams play a tribute game to commemorate the integration of MLB by Jackie Robinson. His jersey number '42' is posted in all MLB stadiums; the number he wore as he blazed through racial barriers adorned in his superhero uniform of the Brooklyn Dodgers as he played on the diamonds in 1947.

Robinson initially played professional organized baseball in the Negro Baseball League (NBL) which mirrored basketball's Harlem Globetrotters' entertaining style of play. Much like the Globetrotters, legends were constantly birthed about the many luminaries who ruled the "Coloreds Only" baseball fields.

Homerun Kings such as Josh Gibson hit balls out of stadiums for apparent homeruns-- only to have the ball caught, for an out the next day during a game. Players like Cool "Papa" Bell were so fast that when the room light was turned off, he'd allegedly be in the bed before the room got dark. Ageless pitcher LeRoy "Satchel" Paige named balls he pitched.

Fans wore their Sunday's Best as the scent of fried chicken, fish sandwiches and barbeque floated on waves of big band jazz music.

Teams such as the Pittsburgh Crawfords, Homestead Grays, Detroit Stars, Atlanta Black Crackers, New York Black Yankees and the Kansas City Monarchs, to name a few, were highly competitive. During off season, the NBL barnstormed and played against all-stars of the all-white MLB. Superstar NBL players Paige, Doby, Gibson, Campanella, Newcomb, Robinson and many more dominated the MLB.

Ironically, some Blacks felt worthless because they couldn't play in the "Major" League to show that they could compete with whites in America. A spirit of inferiority possessed some Black minds. A hunger for social interaction with whites to prove one's value was insatiable.

After diligent exploration, MLB reluctantly admitted the six-foot, 205lb Jackie Robinson into its home. The illusion of integration was served on a plate by the MLB. It was viewed as an opportunity for Blacks to show that they could compete with whites in Major leagues and ultimately-- socially in racist America.

So, Branch Ricky, his Brooklyn Dodgers and MLB were recalcitrantly given a standing ovation for initiating integration in 1947.

Yet Jackie Robinson ferociously played. When number '42' came to the plate, "COON"... "MONKEY"... "APE"... "NIGGER"... were words intensely pitched to him. Served to him. Knockdown, brush-back pitches were launched as missiles targeted for his head to intimidate him-- with the intent to beanball his soul.

He'd rise up, dust off his no.42 and bunt. The pitcher of racism was run over as he tried to tag Jackie.

Now on first base, no.42 would taunt and intimidate the other team with his superior baseball acumen.

On third, he'd take a lead midway, his sight on the plate at home. Arrival at home plate would be a score for Black America! Like Mercury-- he flashed as lightning into home!

Howbeit, ironically, MLB safely stole the diamonds off plates of the NBL's home. Black businesses were struck out by the mythical pitch of 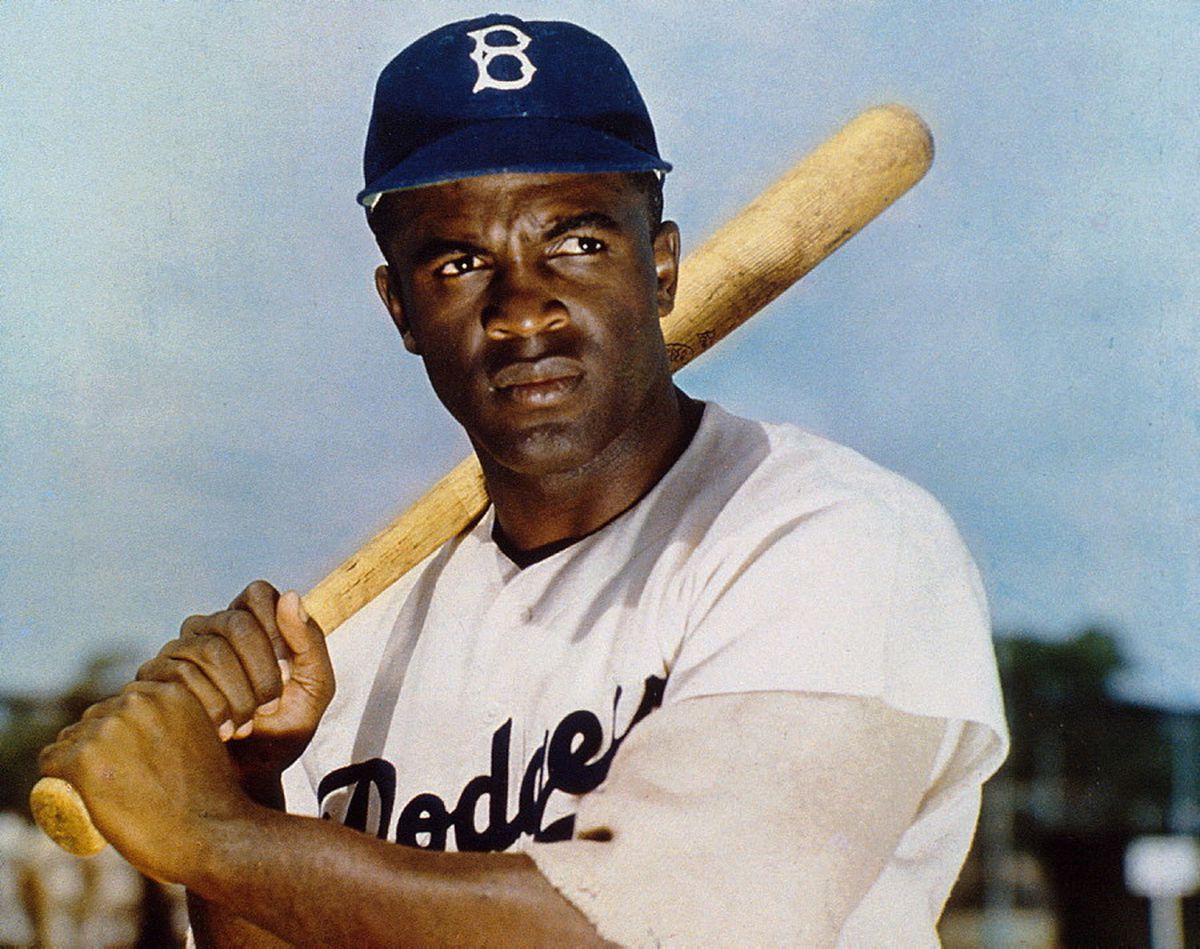