Lady Justice lies crumpled in a comatose state plugged into a PPE. Sprawled in a bed of hypocrisy due to a historical U.S. pandemic of racial injustice. She was found with her blindfold around her throat, as though lynched. Her scales were used as phallicist of perversion to molest justice.

The light blue cup suctions inward as she slowly inhales. It releases after a long exaggerated exhale.

The beep... beep... beep... of blood pressure and heart monitoring devices linger like smoke in a back room chamber where judicial political decisions are made. Justice fights for life to artificially live--in the Black and Brown community.

A Charge to Keep

A charge to keep I have, a God to glorify, a never dying soul to save, and fit it for the sky. -Charles Wesley

These soul stirring words resound in my heart as if a Missionary Baptist Deacon tarrying at the altar on Sunday morning sings the tune with every remembrance of the lines. These words reverberate more when discovering a piece of forgotten history that my Elders recollect but has been bulldozed to serve as a now abandoned parking lot. Although these words arouse passion and dedication, I find that in my youth I have abandoned the TRUE call in many of my past efforts.

With this realization, it gives me great delight to be a part of MAAFA Screams and to welcome you to the beginning of the awareness of our charge tempered with courage, commitment & loyalty to fulfill our charge.

A charge to keep I have

MAAFA or the African Holocaust is a Kiswahili word that means terrible occurrence or great tragedy. Events such as the Arab Slave Trade or the Atlantic Slave Trade are directly correlated to the disenfranchisement of the present day Black community. Transgenerational trauma has infested our daily lives yet has remained ignored, leaving the community devoid of economic stimulus and intellectual development. It is throughout this blog and other media outlets that we strive to disrupt, disturb and dismantle all things contrary to the raising of our individual frequencies and social betterment.

Lest We Forget: Septima Clark

AKA's should rememeber this SISTER!

ALL educators should remember this SISTER!

ALL Gullah Geechees should remember this SISTER!

ALL NAACP remembers should remember this SISTER!

SCLC should remember this SISTER!

Everyone in Liberty County should remember this SISTER!

ALL BLACK PEOPLE should remember this SISTER!

​ Running is always Good exercise Until it turns into the cries Brought on By the liesAhmaud Arbery Photo courtesy of New York Times [Click and drag to move] Of the long arm Of the law- Shooting unarmed Black men Has become sport; And that picture Is painted Lives forever changed A community becomes tainted Families eternally changed Out of control racism- Oh, how deranged! No one bats an eye! The world's justice Doesn't seem to care Ahmaud's running Is what brought us here A faulty narrative They would have The world believe Racists shoot down Blackness; Yet we get no reprieve From police bullets With no warning The impenetrable And rancid side Of the blue wall Of silence No guts All glory And we keep having To hear the refrain, ​

It always comes back to this: "Truth Matters", so... here it goes again!

Eighty years, ten months and twenty-eight days ago in this place, I became a living soul. Well, since I've been through this so much, let me have the benefit of accuracy of my birthday. I'm absolutely on point as to the place-- Brunswick, Georgia.

If one was in search of a place of Black Pride and a drive to succeed, you did not have to look far. College presidents came from here, black men built a gym for the community so basketball could be played and Duke Ellington could be heard in it. The neighborhood of black people congratulated each other for achievements and academic prowess. What had been, the condition that the neighborhood was in and what was gone be were all analyzed within the community.

Young people's lives were once shaped in this city; to jog and play were safe activities to do daily. The Brunswick Red Birds hit home runs here. The Andrews Beach for black people supported economic development during a time where Jekyll Island was not just for Whites Only, although the swimming pool for Coloreds Only was a set rule. Clubs for night life and Georgia skin was for gambling while Jazz & Blues competed with Gospel Spirituals.

Leaving this place to join the Army was painful but not as painful as it was returning home.

Arrested the first night back from Vietnam (in uniform) it was a shock, yet it was an announcement of Ahmaud Arbrey's murder. The laws for the lynchings of our baby boys has sustained themselves in very sophisticated ways, Georgia's self defense laws were barbarically wrapped in hate with the same fate as the three recorded lynchings that can be found in Montgomery, Alabama. However, I ask that you consider that there were many more instances that have been quietly kept.

In my mind, I cannot distinguish the difference between District Attorneys; Pontius Pilate; Judas Iscariot; or Wardens, for our police and leadership are bent on the destruction of black people.

Jump in the truck

The birth of Nigga, the most profoundly profane, vulgar, racist word to survive decades of vocabulary abortions, is the acknowledgement of Nigga's ascension to immortality. Nigga assumed deification. All Nigga needs is a host. 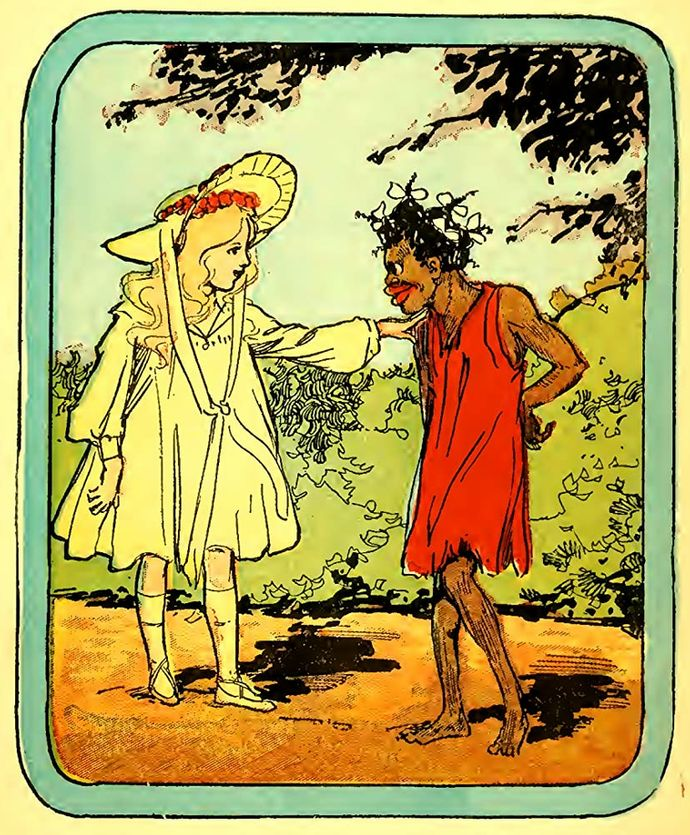 Nigga is petitioned, glorified and sold as golden-calf capital-- apparently to any market with cash. When that market also sees the reverence, it seeks to emulate the "seller" however the seller becomes offended. Why? Perhaps the assumption is that Nigga is the Blackman's exclusive god-word to be exalted by the so-called Blackman. After all, Nigga inseminated the culture.

Generationally, reverence for word-god Nigga varies. My generation, my parents and grandparents, detest Nigga, in general. Conversely, my children's generation and their children view Nigga as a personal god. The lack of historical discernment induces their lust for Nigga.

If the transcending and pervasive god-word, Nigga, is to be uttered, then who owns the "right" to use it? The historical originators of the godlike word or those offended?

If the so-called Blackman is offended by Nigga, then why does he revere Nigga, pay homage to Nigga, specifically in the so-called Hip-hop culture and her means of communication, "Rap-music?"

An Ode to Curt Flood

Major League Baseball lost our respect but Mr. Curt Flood handed it back!

So we salute our hero, Mr Flood, but baseball lost the hood

All professional athletes don't seem to even know his name

Now ain't that a shame?

THAT is why Major League Baseball lost its fame

Mr. Adam Wainwright, you can make this right...

Curtis Charles Flood was an African American Major League center fielder who played 15 seasons for the Cinccinatti Redlegs, St. Louis Cardinals and Washington Senators. Flood became one of the pivotal figures in sport's labor history when he refused to accept following the 1969 season, ultimately appealing his case to the Supreme Court. Although his legal challenge was unsuccessful, it brought aout additional solidarity among players as they fought against baseball's Reserve Clause and sought free agency

"Did you see Jackie Robinson hit that ball? Did he hit it? Yeah, and that ain't all. He stole home!" - Woodrow Buddy Johnson & Count Basie Band (1949)

pril and normally the season to "PLAY BALL!"--Major League Baseball (MLB). During the initial season schedule, all teams play a tribute game to commemorate the integration of MLB by Jackie Robinson. His jersey number '42' is posted in all MLB stadiums; the number he wore as he blazed through racial barriers adorned in his superhero uniform of the Brooklyn Dodgers as he played on the diamonds in 1947.

Robinson initially played professional organized baseball in the Negro Baseball League (NBL) which mirrored basketball's Harlem Globetrotters' entertaining style of play. Much like the Globetrotters, legends were constantly birthed about the many luminaries who ruled the "Coloreds Only" baseball fields.

Homerun Kings such as Josh Gibson hit balls out of stadiums for apparent homeruns-- only to have the ball caught, for an out the next day during a game. Players like Cool "Papa" Bell were so fast that when the room light was turned off, he'd allegedly be in the bed before the room got dark. Ageless pitcher LeRoy "Satchel" Paige named balls he pitched.

Fans wore their Sunday's Best as the scent of fried chicken, fish sandwiches and barbeque floated on waves of big band jazz music.

Teams such as the Pittsburgh Crawfords, Homestead Grays, Detroit Stars, Atlanta Black Crackers, New York Black Yankees and the Kansas City Monarchs, to name a few, were highly competitive. During off season, the NBL barnstormed and played against all-stars of the all-white MLB. Superstar NBL players Paige, Doby, Gibson, Campanella, Newcomb, Robinson and many more dominated the MLB.

Ironically, some Blacks felt worthless because they couldn't play in the "Major" League to show that they could compete with whites in America. A spirit of inferiority possessed some Black minds. A hunger for social interaction with whites to prove one's value was insatiable.

Reflections of A Warrior

STOP! We are not your spectacles! This is heartbreaking! We have been declared savages and wild beasts. Cruelty to humans became a trait by greed and hate; therefore we must protect ourselves from that fate.

Being compassionate has, is and will not serve us well. This stance gave license to Ota Benga, which of whom was place on display as a carnival act at the St. Louis World's Fair. Two years later in 1906, The Bronx Zoo displayed him its monkey house with an orangutan.

But please. Let me try.

In 1957, leaving Risley School with some friends,

I was approached by white men- then, a sin-

we were asked if we wanted to see some Africans.

We replied and hurried to see.

On the corner of Reynolds and Gloucester Street,

a tractor trailer with a flat bed waited for we.

There were people in cages who looked like me.

Reconstruction only lasted 12 years! MAAFA Screams News asks that you consider the following:

We are treated as small, weak, poor people so we are treated with contempt. The Constitution of Georgia, local controlled governing bodies and the United States treats us as guerilla savages attempting to survive in this hostile climate.

A chain gang called Anguilla in Glynn County, Georgia located off of Highway 32 was merely a replacement of the plantation that bore the same name. This is where 7 black men were executed by lynching in 1946.It is here that my father took me to pray and teach me what I needed to do to avoid this grotesque imprisonment. I saw it first hand, in the yard of the chain gang, where men stood at the bars of the window while my father prayed. This despicable image plays constantly in my mind, for I now know that these men were behind bars for two petty charges: 1) Loitering 2) Vagrancy